Turkey has a well-rounded and impressive infrastructure sector, thanks mainly to years of government focus, with big chunks of the national budget being allocated to its transport and energy networks. It has one of the world’s busiest airports, Istanbul Airport, which became Europe’s busiest in 2020. Its up-and-coming energy resources exploration works are set to create further investment opportunities. Its installed power generation infrastructure has also seen robust growth, while its logistics scene has also grown significantly, especially during the year of the pandemic, becoming one of the 10 emerging economies to have the best quality logistics markets. Most of the energy and transport infrastructures involve significant private capital, while its railway infrastructure – owned entirely by the state – is yet to see improvement which will feature more participation from private capital. ​

This report provides a complete and detailed analysis of the infrastructure sector for Turkey. EMIS Insights presents in-depth business intelligence in a standard format across countries and regions, providing a balanced mix between analysis and data. 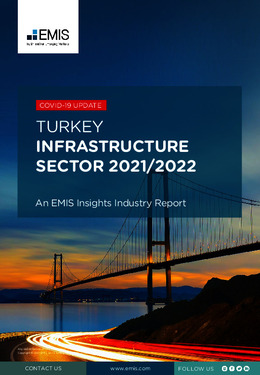