Africa’s telecommunications sector has been one of the most dynamic globally over the past decade, driven by mobile services in particular. Realising the importance of telecommunications for overall economic growth, governments across the continent started the process of creating a regulatory environment attractive for private investors in the late 1990s and early 2000s, as the mobile segment had been fully liberalised in about half the countries of Africa. The strong uptake of mobile services on the continent had been further supported by the late development of telecommunications infrastructure, in Sub-Saharan Africa in particular, which allowed many countries to leapfrog the fixed telephony technology. The emergence of affordable mobile devices allowed the majority of Africans to enjoy voice and text services for the first time, while the introduction of smartphones palpably improved internet access. Fixed broadband, on the other hand, remains constrained by the poor legacy of fixed telephony. Other major  issues in the sector remain poor coverage of telecommunications infrastructure in rural areas, including mobile, and a widespread lack of digital literacy.

This report provides a complete and detailed analysis of the telecommunications sector for Africa. EMIS Insights presents in-depth business intelligence in a standard format across countries and regions, providing a balanced mix between analysis and data. 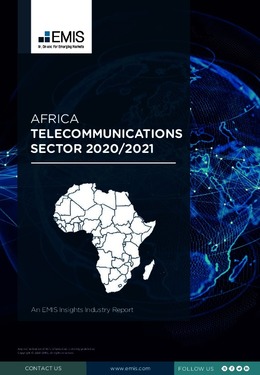